Most will be aware that AT&T wants to acquire T-Mobile USA, and whether you are for or against the acquisition, apparently if AT&T fails to secure regulatory approval for the AT&T, T-Mobile merger it could end up costing AT&T a pretty penny.

According to the guys over at Engadget, Reuters is reporting if the AT&T, T-Mobile merger doesn’t garner approval then AT&T will own T-Mobile USA owner Deutsche Telekom a whopping 3 billion bucks in cold hard cash.

Furthermore, the cost of failure doesn’t end there, as AT&T will also own Deutsche Telekom, $2 billion worth of AWS spectrum and $1 billion due to a roaming agreement according to two unnamed sources and would bring the total cost of failure to a staggering $6 billion.

It’s still unclear as to whether AT&T will be successful with their acquisition bid, but either way it looks like Deutsche Telekom will come out smiling, but if AT&T can pull it off they would leap over Verizon to become the leader in the US market. 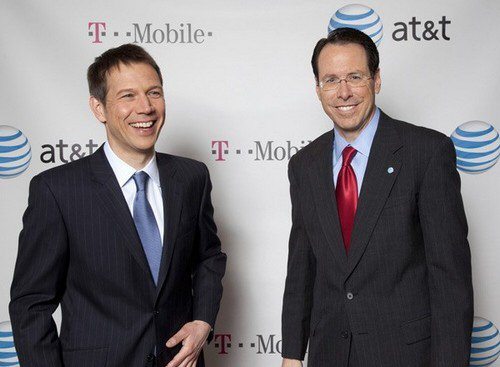