British Telecom has now launched the first video conferencing app of its kind for Android smartphone and tablet and the iPhone and Apple iPad and is called the BT Engage Meeting Mobile app and is available now from both app stores.

The BT Engage Meeting Mobile app for iOS and Android enables the user to control their video conferencing equipment so they can quickly launch a meeting or end a meeting or even extend a meeting time by using a smartphone or tablet.

The CEO of BT Confernecing, Jeff Prestel says, “This is just one of the collaboration solutions that BT Conferencing provides to help companies transform the way they do business. More and more organisations are using video conferencing to save money, increase productivity and reduce time spent on travel. This mobile app is the first of its kind and provides our customers with scheduling and call control options, even when they are away from their desk.”

The BT Engage Meeting Mobile app for Android devices is a free download from the Android Market, and also free for the iPhone and Apple iPad from iTunes. 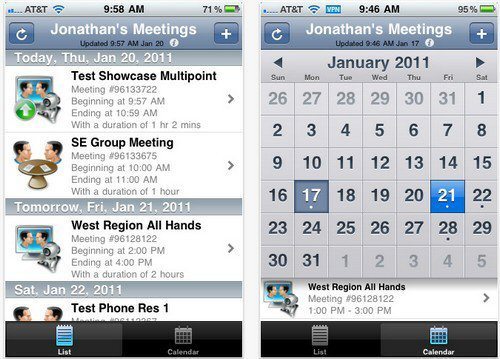