The Android 3.0 Honeycomb Motorola Xoom has been previously overclocked at just on 1.5 GHz, but it appears that isn’t quite good enough someone has decided to take it a tad further and has overclocked the Motorola Xoom to hit 1.6 GHz and breaking the previous record.

According to Ubergizmo, by way of Nexus404, the word is that the guys over at XDA-developers are responsible for the new 1.6 GHz record on the Android tablet using a recompiled version of Tiamat 1.4.2 to deliver the extra 100 MHz.

Apparently the Motorola Xoom tablet usually managed 1500 in Quadrant’s benchmarking application but the word is the Xoom hit 4,000 points in the same app, which is quite a considerable feat.

Naturally if you overclock a device to such speeds then battery life is obviously going to suffer, so perhaps it isn’t the best idea to go trying to reach the same speeds with your own Motorola Xoom, but it’s nice to know the tablet can set records. 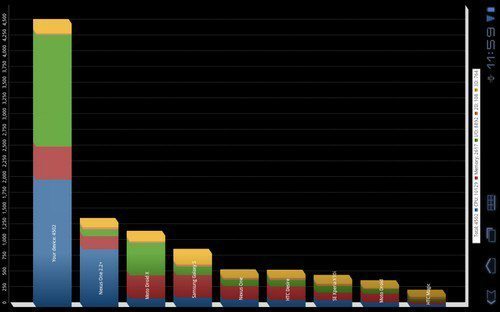