Well for starters there are two things one can say about the Sharp AQUOS Phone The Hybrid 007SH handset, first it is the world’s first Android clamshell with 3D and that Sharp has no taste when it comes to naming devices as that is one huge mouthful.

According to an article over on Phandroid by way of Mobile Crunch, the Sharp AQUOS Phone The Hybrid 007SH Android handset features Autostereoscopic 3D along with a flip up and swivel down 3.4-inhc display to make the device look more traditional.

So let’s get to the nitty-gritty, the specs, the Sharp AQUOS Phone The Hybrid 007SH (that name is way too long) sports that 3.4-inch “naked-eye” 3D LCD touch screen, as well as a 0.7-inch sub display, is W-CDMA and GSM, Android 2.3 Gingerbread, packs a 16 megapixel CCD camera with HD video recording, micro HDMI, Blu-ray recorder connectivity, WiFi, Bluetooth, and a waterproof body.

The monster of an Android handset apparently becomes available next month in Japan only for the time being on Softbank, although no word on what this beast (beast is a better name that the one its got) will hit Japanese wallets for. 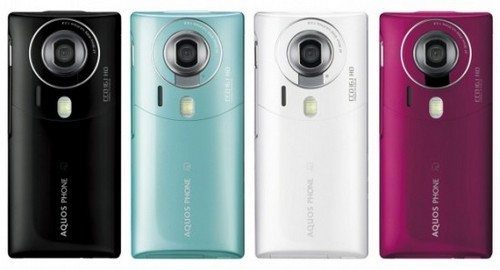 One thought on “Sharp AQUOS Phone The Hybrid 007SH, An Android Clamshell”