We’ve heard rumours about Apple looking at becoming a mobile carrier before, and Apple filed a patent back in 2006 that describes their plans to set up as an MVNO, and apparently that patent application has now been extended.

According to an article over on Mobile Crunch by way of Unwired View, the new patent application at the USPTO, apparently shows that Apple is getting serious about establishing their own Mobile Virtual Network Operator.

Apparently usually MVNOs rent wholesale network capacity from a single carrier such as say Verizon or Sprint; however it looks like Apple wants to go further with plans to make relationships and contracts with all carriers and with a Home Location Register, which is a central database for storing customer SIM card details.

Apparently this would mean that all iPhone owners would essentially become clients of Apple’s MVNO and thus deal directly with Apple with carriers submitting bids for their services to Apple.

As an example Unwired View says…” let’s say AT&T has just upgraded it’s network in your town and has a lot of spare capacity. At the same time, T-Mobile’s network there is bursting at the seems and can barely accommodate it’s current users. Since idle network only loses money, AT&T can send a serious rate discount offer to Apple , and all iPhone users in your town now have an option to switch to AT&T at a much better rates. You get cheaper calls and data, AT&T gets to use the idle capacity and gets paid for it. Everyone, except T-Mobile, is happy.”

Having said all that, its not that often these patents become a reality, so it is unlikely we will see Apple taking steps to become an MVNO in the short term, but there is of course always a chance. 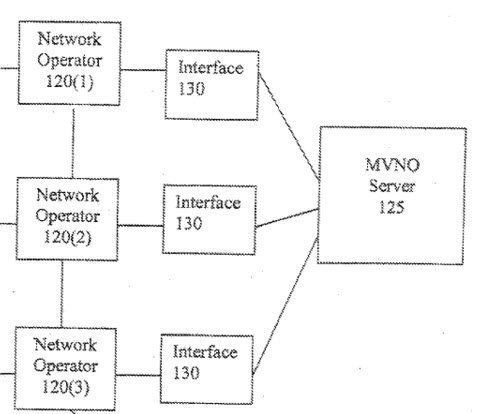 One thought on “Apple Wants to Become MVNO: Apple Patent”