If you are waiting to snap up the new Android 3.0 Honeycomb tablet to hit Sprint, namely the HTC EVO View 4G, the word is that you may not have that long to wait as it is possible the WiMAX enabled slate will make its debut the same day as the HTC EVO 3D.

According to the guys over at the Boy Genius Report and by way of Engadget, the 7-inch 4G tablet could possibly see release to the masses on the 24th of June according to Sprint’s internal Rewards Me website.

The HTC EVO View 4G is Sprint’s version of the HTC Flyer, but as yet Sprint hasn’t announced the pricing for the 4G tablet, but as the WiFi only Flyer without contract costs $499.99, the guys expect the View 4G to be somewhat lower that that price point on contract. So anyone waiting to snap up the HTC EVO View 4G? 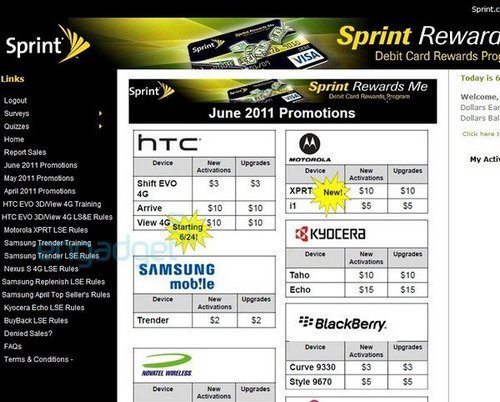