The informative videos concerning Apple’s newest operating system iOS 5 just keep on hitting the net waves and now we have one delivering a walkthrough of iOS 5 for the Apple iPad for your viewing pleasure below and covers most of what you have already heard about in iOS 5.

The Apple iPad iOS 5 walkthrough video comes our way courtesy of the 9to5 Mac guys who put the almost eleven minutes of footage together where you will find iMessage, updated Safari, Notification Center, Twitter integration and more.

The guys say that the beta version of iOS 5 is quite stable when compared to previous iOS betas, and the Apple iPad 2 and iPhone 4 feels faster with the new OS, but their main gripe with iOS 5 for the iPad is apparently the lack of widgets.

So if you are eagerly awaiting the release of iOS 5 for your Apple iPad then head on down and check out what the guys have to say in this iPad iOS 5 walkthrough video, and feel free to let us know your opinions…enjoy. 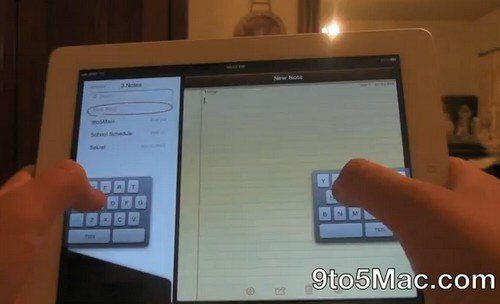