It appears that Apple’s iOS 5 unveiling of the new feature iMessage has come as a bit of a surprise to iPhone carriers, as apparently Apple kept carriers in the dark and didn’t give them pre-warning of the new Apple messaging client.

According to an article over on iPhone Download Blog, John Gruber of Daring Fireball says that iPhone carriers actually found out about iMessage when everyone else did, during the WWDC 2011 keynote.

One would have thought that Apple would have given its carriers a little advance waning of the media-rich iMessage client especially as those carriers are the people that will be handling the transfer of iMessage videos, photos and messages over 3G and WiFi.

As you probably already know, iMessage enabled iPhone and Apple iPad users to communicate for free with each other to single users or groups. iMessage could be looked at as a replacement of SMS/MMS messaging for the iPhone platform, and thus could be a money loser for carriers.

Of course if iMessage costs carriers the revenue earned from SMS and MMS on iOS devices then obviously they are not going to be too pleased with the situation, so perhaps Apple should have informed them before actually going ahead, but then Apple always does what Apple wants to do right? 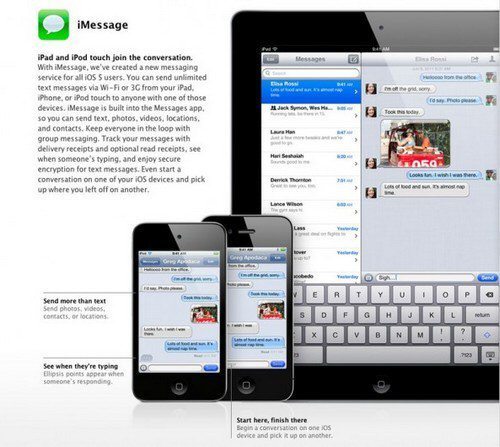