Now that iOS 5 beta 1 is doing the rounds; we have a little speed test video for your viewing consideration that pits iOS 5 up against iOS 4.3.3, although the speed test is performed on the iPhone 3GS rather than the iPhone 4.

The iOS 5 against iOS 4.3.3 speed test video comes our way courtesy of the guys over at iPhone Download Blog who performed the test but do concede that the iPhone 3GS isn’t the best device to test out the new Apple OS.

Although not a scientific study, the guys do test the speed of SMS, camera, YouTube, maps, iPod, and Safari, but how does iOS 5 compare with iOS 4.3.3, is the new iOS faster than the previous version?

Well to find that out you’ll need to head on down and mash that play button, although the guys over at iPhone Rumors do say what is needed is the same test performed on the iPhone 4 to get a true evaluation of speed performance…enjoy the video and feel free to let us know your thoughts. 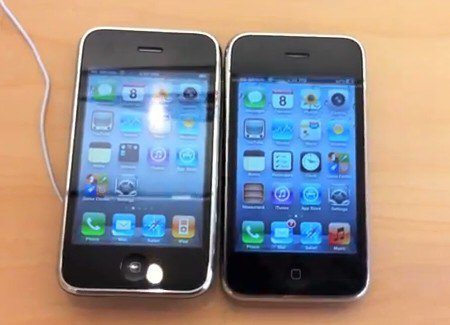