If you are one of the iOS unfaithful, in other words you have jailbroken your precious iOS tablet and would like to have the ability to make calls and send SMS messages on your 3G device, then you might like to know that there is now an App available that will apparently let you accomplish just that.

The app is called PhoneIt-iPad according to the guys over at Redmond Pie and is for jailbroken Apple iPad tablets, and can now be purchased from iPhoneIslam at a cost of $19.99, although this hack will not work with iOS 5.

The guys have come up with a set up guide for PhoneIt-iPad, which goes like this…on your iDevice go to System>General> About and get your unique mobile identifier (ICCID), then hit up iPhoneIslam and buy the app and insert your ICCID. Next open Cydia and add htpp://apps.iphoneislam.com, locate PhoneIt-iPad and install, and once done you should be able to make calls and send SMS messages from your jailbroken iPad.

Last month the makers of PhoneIt-iPad put out a video demonstrating making a call from an Apple iPad and we have that footage for your viewing pleasure below. However one must remember that the app isn’t approved by Apple and that one should think twice about handing out your ICCID, but if you want the app you will have to hand it over.

Of course if any of our readers do grab the app and install it, make sure you know how to restore your iPad if things happen to go wrong, and if they do feel free to let us know. 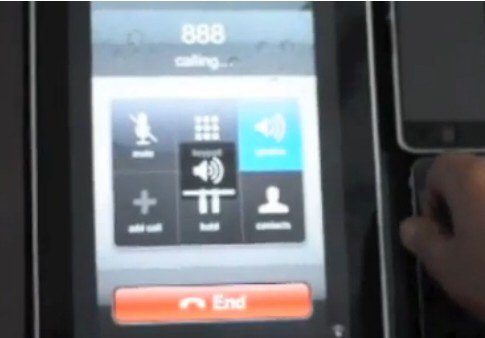