The Android based tablet keep on rolling out in the mobile space, and a new tablet is coming soon from ZTE, which will be an Android 2.3.3 Gingerbread 7-inch slate in the ZTE Light range of tablets, called the ZTE Light Plus, and we have a video of the ZTE Light Plus for your viewing pleasure below.

The ZTE Light Plus Gingerbread tablet footages comes our way courtesy of the guys over at Unwired View and by way of Gpsandco, unfortunately though the commentary in the almost six and a half minute video is in French.

Apparently though the ZTE Light Plus tablet probably will not qualify for an update top Android 3.1 Honeycomb. The Android tablet is expected to becomes available in Europe at of sometime in September and command a price tag of roughly 250 Euros, which is about $365…enjoy the video. 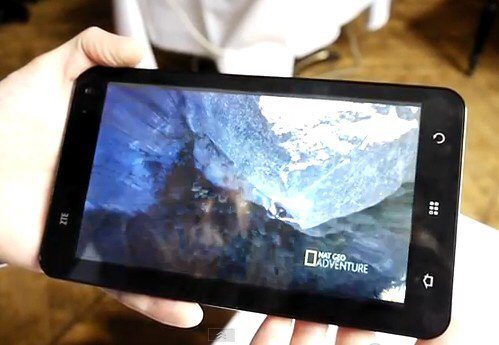