3D technology has finally come to the mobile arena albeit just two Android smartphone only offering 3D glasses free viewing, one from the LG camp, the other from the HTC camp, and so we have a 3D battle video for your viewing pleasure below between the LG Optimus 3D and HTC EVO 3D.

The LG Optimus 3D versus the HTC EVO 3D comparison battle video comes our way courtesy of the guys over at Slash Gear who got their hands on both Android smartphones and put them through their paces.

The guys do say that HTC is known for their build quality and the HTC EVO 3D is no exception, and basically build wise the same can be said of the LG Optimus 3D , while both devices offer a 4.3-inch glasses free 3D display, but which of these offers the edge and which is the best to go for?

Well if you are considering picking up a 3D enabled smartphone and can’t quite make up your mind on these two, head on down and hit the play button to find out which comes out tops in the 3D stakes, and feel free to voice your opinions as to whether you agree or disagree to our comments area…enjoy. 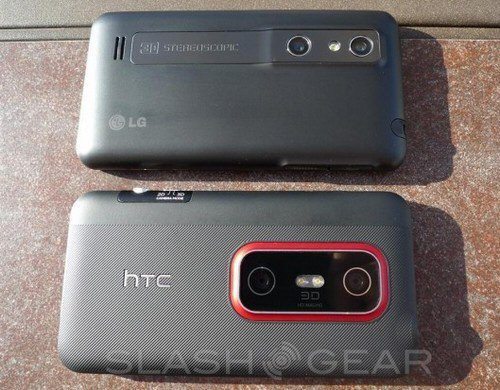