According to the guys over at Android Central by way of Wireless Goodness, the Samsung Galaxy Tab 10.1 with the FCC has a 3G logo and GSM 850/1900 bands along with WCDAM bands II and V, bands which are used by AT&T.

Thus it would appear that a 3G version of the Android 3.0 Honeycomb tablet could well be on its way to AT&T at some point in the not too distant future.

Obviously there is no word on just when AT&T are likely to offer the Samsung Galaxy Tab 10.1 or how much they will be asking for the Android tablet, but as soon as we here more we will of course pass it along. 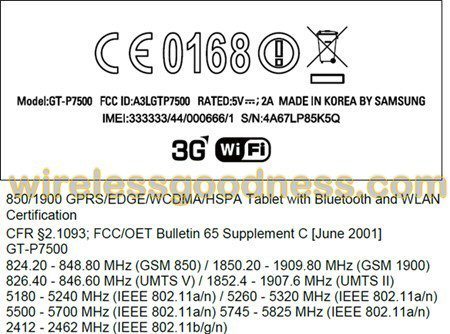