Back in February the HTC ChaCha Android Gingerbread smartphone was first announced, and it appears that the HTC ChaCha is finally on its way to the USA on the AT&T network as the first pictures of the Facebook integrated phone have now popped up with AT&T branding.

According to the guys over at Phone Arena the guys over at Pocket Now have come up with the images of the AT&T ChaCha, although apparently there’s not much difference from when we first saw the handset at WWDC 2011.

Apparently the picture might perhaps give a little hint as to when AT&T customers may be able to get the HTC ChaCha though as the clock on the device shows the 17th of July, so that could possibly be the release date although that hasn’t been confirmed.

Also the picture reveals that the AT&T HTC ChaCha will be 3G only and that the keyboard layout changes slightly and that the Facebook button looks to have more rounded corners than on the original Android handset.

So if the HTC ChaCha does indeed make its debut on AT&T as of the 17th of July are any of our readers hoping to snap it up? 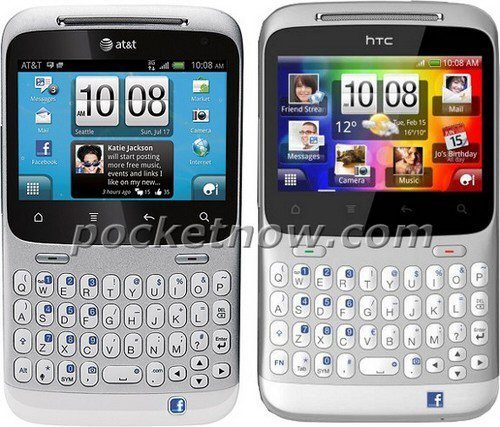