Nokia Meego N9 Introduced: It’s All About The Swipe

Yesterday Nokia finally got round to introducing their first Meego operating system smartphone, the Nokia N9, and although Nokia has gone ahead with the N9 whether we’ll see another Meego device is debatable considering Nokia shelved Meego for Windows Phone 7.

Anyway according to the guys over at Phone Arena, Nokia officially announced the Nokia N9 at Nokia Connection in Singapore and the smartphone is apparently made from a single piece unibody design with a 3.9-inch AMOLED touch screen, 1GHz processor, 8 megapixel camerawith Carl Zeiss optics and 720p video, and of course Nokia Maps.

We have a introduction video of the Nokia N9 for your viewing pleasure below, which apparently is all about the swipe as the Nokia N9 has no front buttons as all you do is swipe to navigate.

The Nokia N9 will become available in 16GB and 64GB version with a choice of three colours, cyan, magenta and black; however a firm released date and what the Nokia N9 will set you back hasn’t been announced just yet.

According to the guys over at 9to5 Mac it appears that Nokia has “borrowed” from Apple for the Nokia N9 design as they say the Meego handset looks like “a two year old iPod Nano”, so check out the videos below and let us know your opinions of the Nokia N9 by posting to our comments area below…enjoy. 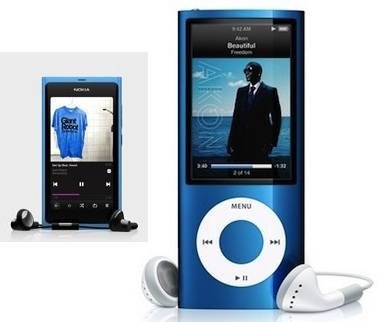