According to the guys over at Ubergizmo, the Sony Ericsson Blog the Android 2.3 Gingerbread update for the Sony Ericsson Xperia X10 will be rolled out sometime early August although they haven’t given a firm date.

It has been confirmed that the Gingerbread roll out to the Xperia X10 will keep the original camera user interface found in Android 2.1 Ã‰clair, and will also include a similar “Facebook inside Xperia” functionality as seen in other Xperia smartphones, although apparently the update will lack DNLA.

We have a short hands-on demonstration of Android 2.3 Gingerbread playing nice on the Sony Ericsson Xperia X10 so you can see what the new Android OS looks like, so head on down and mash that play button to check out what the Xperia X10 will look like once Gingerbread hits…enjoy. 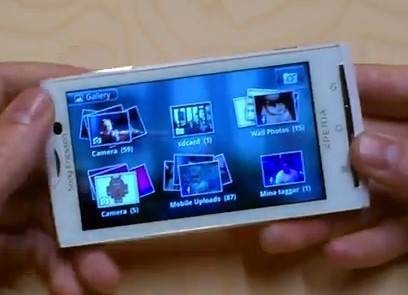