The videos of the Xperia Ray and Xperia Active come our way courtesy of the guys over at Phone Arena and by way of the Sony Ericsson YouTube page, and the Phone Arena guys have come up with the specs for each handset.

So The Sony Ericsson Xperia Ray is like the Xperia Arc in as much as its light at 3.53 ounces and is 9.4mm thick, sports a 1GHz Qualcomm processor and an 8 megapixel Exmor R auto-focus camera with flash and 720p video, with a 3.30-inhc capacitive touch screen, Android 2.3 Gingerbread, A-GPS, WiFi, Bluetooth, turn-by-turn and voice navigation, 300MB built-in memory and microSD expansion up to 32GB.

The Sony Ericsson Xperia Active sports a 3-inch scratch resistant display and is a waterproof handset up to 3 feet for 30 minutes and boasts being able to accurately track the users finger even when wet, and is also dust proof, Android 2.3 Gingerbread OS, 1GHz Cortex-A8 processor, 5 megapixel auto-focus camera with flash and 720p video, GPS and Bluetooth.

No word on a release date for both Xperia devices but apparently they are scheduled for release in Q3 of 2011, and obviously not word on pricing. So there you go, all you need do now is hit those play buttons to check out the two new Android handsets…enjoy. 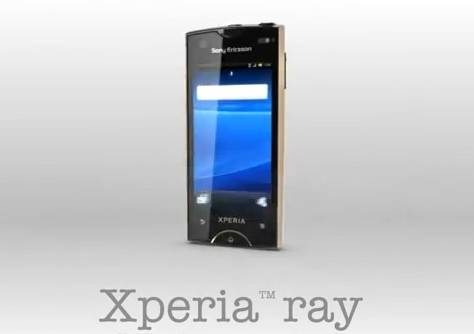