If you are an owner of the Motorola Atrix 4G smartphone then you have been waiting for some time to get updated to Android 2.3 Gingerbread, but apparently the latest word is Motorola and AT&T are close to completing the build and you shouldn’t have that much longer to wait.

According to an article over on Phandroid, the guys over at Brief Mobile believe the Android Gingerbread update for the Motorola Atrix 4G will be delivered some time in July, although they don’t give a specific date.

The update will of course bring the Motorola Atrix up to Android 2.3.3 Gingerbread and will deliver a new Motoblur user interface along with app sideloading as AT&T has stated, and apparently Motorola has added other features including better power management, an improved camera, downloads management, app grouping and more.

So at least it would appear that there’s a good chance Motorola Atrix users will finally get updated to Android 2.3.3 Gingerbread later next month, are you excited? 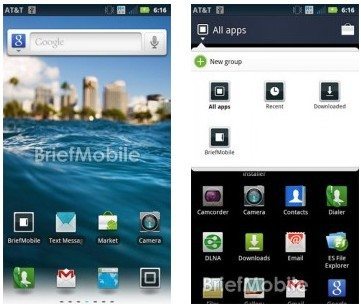