Now although Apple would love you to think the Apple iPad 2 is magical, it isn’t really, but with a little help from an iOS app called Invisibility, your Apple iPad 2 can do something that seems magical, appearing to turn invisible.

According to the guys over at Ubergizmo, by way of Gizmodo, and Invisibilityapp.com, the iOS app makes use of the tablet’s rear camera and gyroscope to show a background picture on the tablets display, and when the user moves the iPad 2 it gives the illusion of becoming invisible.

Basically when using the Invisibility app for iOS devices, the user paints the display with their fingertips, and the illusion is that the screen seems to become transparent and shows the background image on which the slate is placed. 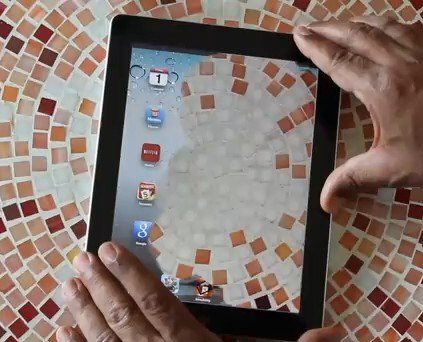 One thought on “Apple iPad 2 Magic With Invisibility App”