One for the BlackBerry faithful today, a demonstration video of the new BlackBerry Bold 9900 from the Research In Motion camp has recently hit the net so we thought we’d pass it along to our BlackBerry readers out there so they can have a good look at the smartphone.

The BlackBerry Bold 9900 demo video comes out way courtesy of Daily Mobile and by way of the guys over at Phone Arena who managed to get their mitts on the BlackBerry smartphone and have done a hands-on article that can be read by hitting up their website, but if you don’t have time for that you can simply check out the footage below.

In the video you’ll get a nice close up view of the BlackBerry Bold 9900, which the guys say is the thinnest BlackBerry handset to date coming in at 10.5mm thick, and spots a full stainless steel band around the handset.

So head on down and mash that play button to check out getting up close with the BlackBerry Bold 9900, any of our readers hoping to pick up this new BlackBerry once it hits the streets? 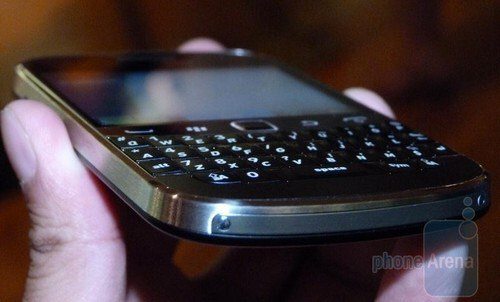