Most mobile games often use the iOS platform as a “tester” and if a game proves to be popular eventually that game makes the transition across to the Android platform, and finally one such popular game has now come to Android, as Cut the Rope is now available, albeit not from the Android Market.

Cut the Rope is a simple puzzle game for any age whereby the user uses their fingers to cut the rope so that candy drops into the mouth of a little hungry green monster called Om Nom, and is apparently quite an addictive game.

We have a quick into video of Cut the Rope for Android for your viewing consideration below courtesy of ZeptoLabs, so check it out and then hit up GetJat to grab the Android version for free…enjoy. 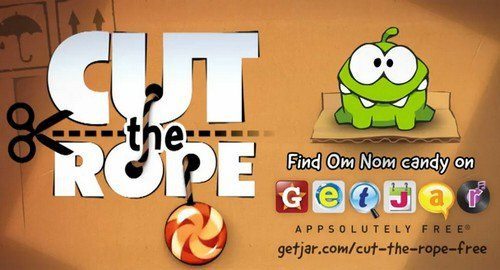