Google is joining in with the social networking market, especially when it comes to Android mobile phones. They have just released its brand new Google+ application with mobile features via the Android Market.

Ok so what is Google+, and what can it do? This is all about real-life sharing thanks to its new ‘Circles’ ability, many Android customers have been waiting for a new social networking application and even though Google+ is in beta stages and not available for everyone we can still give you a few details of what it all about and what it features.

You can visit the Android Market right now and install the application, but only for those that have been invited. The iOS app has not shown up just yet, but no doubt will once the Android version is up and running in full. 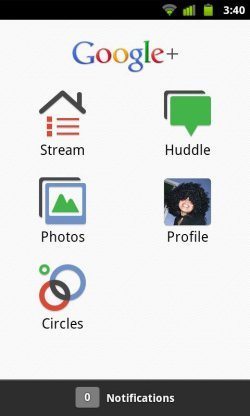 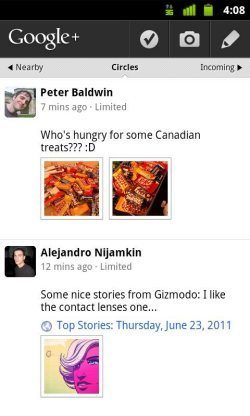 Google+ or also know as Google Plus for Android main features includes something called ‘Google Circles’, this is what will allow users to share things with other people. The application also has a section called “Stream’ where users can receive updates from your own Circles and the ability to see what people are saying about things nearby. Instant Upload will give automatic uploads videos and photos to your very own private album in the well know cloud, sharing has just got easy as they say.

This is all about content sharing and of course allowing users to chat with each other, we will of course download the package when we can and give a review on this new application, stay tuned readers.

The main part of Google+ is “Circles”; this is where the magic happens. Circles will let you create groups of people and by doing this will let you interact with group party buddies whilst hiding away from say colleagues at work. The ability to chat in real-time with others is all thanks to the new “Huddle” feature, if you look at the screenshots below you can see the named icons within the Android app. 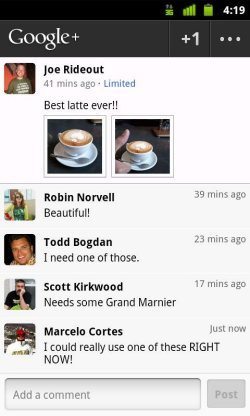 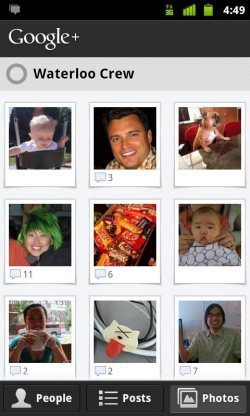 The question we would love answered and of course we will be reporting on this, has to be “Can it out-do Facebook?” The Google website features these: Share your thoughts and location, Instantly upload your photos and videos as you take them, Get updates from your Circles in the stream, Check in to a place, Make plans on-the-go with group messaging and View posts from people around you.

As said, Google+ is for trial at the moment and is invitation only, visit here to see if you are eligible,

Facebook vs Google+: This is quite hard to do really seeing as they are different in the way of social networking, but if we look at the sharing part of each of them Google+ is much better than Facebook judging on what it can do, Google+ allows you to separate the shares where if you only want your partner to see it and no one else you can do this, maybe you want only your boss to see it, it is good in the way you can share with whoever you want.

Facebook in a way is not that great at all, but it is still very popular, but it always has problems; arguments are caused in relationships so much so users are deactivating their accounts. Google+ allows you to share with who ever you choose, but is this a good thing? Does it mean users being secretive and only sharing to others to hide from others? Time will tell.

Is Facebook to big to collapse, can Google+ become the next phenomenon? We will keep you updated on this and will give a full review within time.

Please do use the commenting area below and let us know what you think, will you jump the Facebook ship in favour for the new Google+ social network? We know it is hard choose at the moment but we would love for you to vote on our poll system below. Thanks; you may like to visit the official Google page for more in-depth information about Google+