We know Sony has entered the mobile tablet space with their upcoming Sony S1 and Sony S2 Android tablets, but thus far we haven’t really been treated to much information or visuals of the devices, albeit both tablets making a short appearance in a teaser video a while ago.

However, according to the guys over at Phone Arena, by way of German website Golem, during a Sony conference in Munich Germany, Sony actually demonstrated both the Sony S1 and Sony S2 tablets, where the Sony S2 was captured on video which we have for your viewing pleasure below.

Unfortunately the Sony S1 tablet didn’t make it to video and was only captured in a single photo as Sony did not allow any further images to be taken of the devices, but the video does give us a very quick, only nineteen seconds, look at what the Sony S2 looks like. 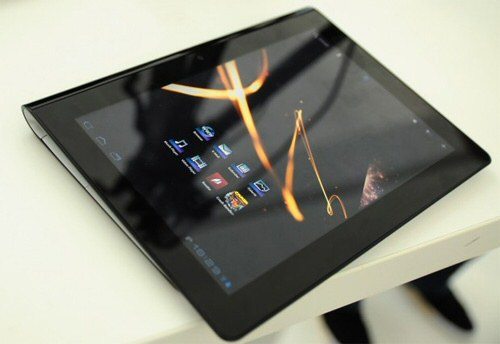 Apparently Sony also refused to give up any confirmed details on both the Android tablets, but what w have heard previously is that the Sony S1 and Sony S2 will both launch running the Android Honeycomb operating system although heavily customised.

Other rumoured specs on the tablets are they will both sport an NVIDIA Tegra 2 chipset, and will both be 3G and 4G capable. Size wise, the Sony S2 tablet is a similar device to the Kyocera Echo with its dual screens that measure 5.5-inches with a resolution of 1024 x 480, and that the Sony S1 tablet carries a 9.4-inch touch screen.

As for where and when we are likely to see the Sony S1 and Sony S2 Android tablets surface, well word has it Sony is looking to launch both devices sometime in the fall in Europe, but no word yet on just where in Europe, and there’s also no word on if the United States will see the Sony slates at a later date.

The pricing of the two Android devices is also still a mystery as Sony hasn’t been forthcoming with any expected price tags on the tablets. And basically that’s your lot, as all that remains is for you to head on down and hit that play button to check out what the Sony S2 looks like and feel free to let us know your thoughts about said device by posting to our comments area below, enjoy the footage, and is anyone hoping to pick up one of these Android tablets from Sony once they finally make it to market? 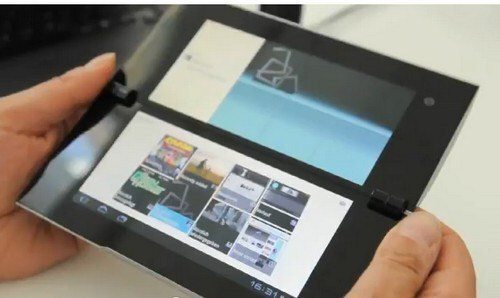