With the much rumoured next generation iPhone expected to release in a couple of months time, the iPhone 5, presumably in September, it appears that the iPhone 4 hasn’t lost its dollar pulling power, well for a prototype handset anyway, as a prototype iPhone 4 has now surfaced on eBay for sale and is currently attracting quite large bids.

According to an article over on This Is My Next, say they heard of the iPhone 4 prototype sale on eBay via a tweet from @pytey, a member of the iPhone Dev Team, who tweeted…

“NICE!! *IPHONE 4 PROTOTYPE* for sale on ebay!! cgi.ebay.com/Apple-iPhone-4… Anyone interested in the bidding pool?? :-)”

Also apparently Apple will know which employee owns this particular iPhone 4 prototype by the code number etched on the front and back of the iOS device, “DF1692” which is unique to said device for Apple tracking purposes.

Furthermore, the + and – marks normally found on the volume buttons are missing, and there’s no word on whether the iOS smartphone is 16 or 32GB either and apparently the prototype can not be activated via iTunes according to the seller.

Now, as for that big buck bid this iPhone 4 prototype seems to be attracting, currently as of today the bid stands at a whopping $999,999.00, which seems somewhat steep to me considering the prototype has some wear on the frame, small marks on the screen and rear cover, but apparently there are no deep scratches or marks.

I guess an iPhone 4 prototype attracts such a hefty price simply because it is a prototype device, but I think you’d have to be a bit insane to hand over that much cash for a device that is soon to be replaced by a newer model, but I figure there are those out there that would want this purely so they can say I have a prototype iPhone 4, no matter the price.

Of course, whoever wins the bidding game still may not get their hands on the prototype iPhone 4, as Apple could always muscle in and pull the plug. Would any of our readers shell out such a huge price for a second hand iPhone, even if it were a prototype? 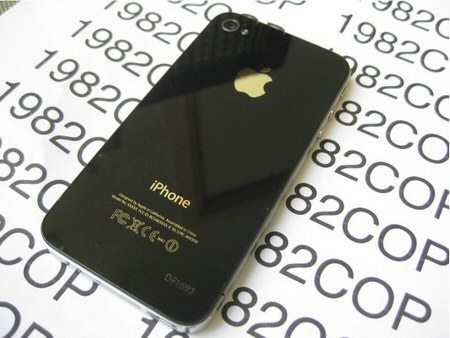