Ever wanted to show off your talent but needed a stage to do so, well now Samsung Mobile is giving the world a stage to show off their extraordinary talents. Apparently the Samsung Stage enables users to “star” in their own videos and post them to encourage video content sharing and the Stage contest will filter the very best and share them with the world.

Samsung Stage is a new YouTube contest that begins this month and runs until November this year and delivers the opportunity to win $3000 per month by users uploading a video showing off their particular talents such as moves, tricks, skills to the Stage YouTube channel.

The senior vice president of Samsung Mobile Communications Business, Younghee Lee, says, “Samsung Mobile Stage is part of Samsung’s ‘Live it. Love it!’ campaign celebrating
life’s diverse and fascinating variety by sharing experiences from around the world. It’s about the amazing things people get up to everyday. The Stage contest encourages people to think creatively about what ‘talent’ actually is — people do really cool things every day and Stage showcases the very best of these personal talents to the World. Everywhere is now your Stage!”

Not only can entrants submit new and fresh videos but apparently they can also submit any of their own videos already available on YouTube while tight integration with the Samsung Mobile Global Facebook page will add another dimension to video sharing.

Younghee Lee also sated that, “Our Samsung Galaxy Tab 10.1 and Galaxy S II smartphone are of course the perfect tools for capturing and sharing experiences seamlessly wherever, and whenever the action gets started.”

As we reported earlier, the Samsung Galaxy S II has set a now shipping record for Samsung by shipping 3 million smartphones in just 55 day as apposed to the original Samsung galaxy S hitting the same mark in 85 days, so the headset is being purchased by a great deal of people and at a quick pace.

The overall winner of the Samsung Stage video contest stands to win a cool $10,000 along with a complete professional remake of the winning video and Internet fame as the star of Samsung Mobile’s next viral video, so a prise worth winning I’d say.

There are of course some rules as with all contests, and you can check out those rules by hitting up Samsung Mobile Moments, and apparently there will be a Samsung Stage Android app launching in the not too distant future that will enable Android users to upload and view Stage videos on their chosen smartphone.

And just so you can check out what Samsung Stage is all about we have a Samsung Stage promotional video along with a couple of sample videos for your viewing pleasure below, so don’t forget to check that out and get making those talented videos to enter. 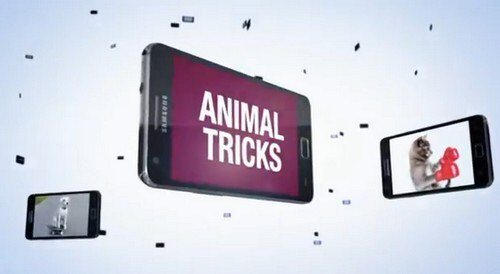