Now right at the outset of this article I am saying this is probably simply speculation as I am fairly sure Samsung wouldn’t abandon the platform that has made their latest smartphones such a huge hit, namely Android. However there is speculation that there might be a Samsung Windows Phone on the horizon.

Basically according to the guys over at WMPoweruser, Samsung is gearing up to release a successor to the Samsung Focus, while the latest Android handset from the Sammy camp, the Samsung Galaxy S II grabs all the glory on AT&T.

The rumour is that a listing located on Bluetooth SIG shows a device known as the Samsung SGH-i937 that apparently shares the same characteristics as the Microsoft Mango Blutooth SIG stack. Apparently because of this the rumour is that Samsung is readying a Windows Phone device for AT&T due to that ‘i’ being associated with AT&T devices.

So if the speculation is spot on, it would appear that at some point in the future we will see a Samsung Galaxy S II hit AT&T not running Android 2.3 Gingerbread but rather Microsoft Windows Phone 7, of course as I have already said, it’s pure speculation for now.

The rise of the Samsung Galaxy S range of smartphone has been a huge success for Samsung, with the Samsung Galaxy S II hitting that 3 million devices shipped in just 55 days as we reported the other day, and it has to be said that the reason for such popularity of the device is probably due to it being an Android handset.

Android has grown immensely in the mobile space since its first arrival with the T-Mobile G1, and my first Android handset, and continues to grow in popularity across the globe, whereas Windows Phone is still in its infancy and has a very long way to go before becoming a serious challenger to Android.

So if Samsung do push out a Windows Phone Samsung Galaxy S II, will it be as popular, or do you think Samsung should stick faithfully with Android, or do you believe Samsung will make a mistake slapping Windows Phone 7 on their flagship handset? 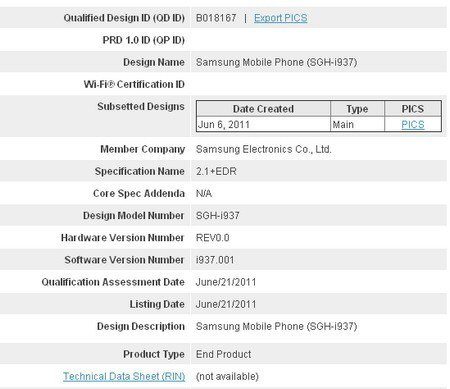