According to an article over on The Telegraph, the update also delivers an improved design to the Android Market on Android devices, which removes some of the clutter and delivers extra options to help users locate apps.

Unfortunately though for those Android faithful outside the United States currently the new books and movies feature isn’t available as initially it is just for the US Android Market; however apparently “selected countries outside the US” are to be added at some point in the future although no specific date has been given.

This latest move by the Android platform maker follows a trend of cloud-based services that are accessible via a users smartphone. PC or tablet with purchases being linked to the user’s Google account with Google saying it means, “no more waiting for downloads, syncing, or worrying about storage space”.

Apparently over in the US of A, prices for renting movies from the Android Market kick off at $1.99 and will usually be streamed to your device; however there is a download option so the user can download the movie to their device so they can view it when offline.

A few days ago Google put out a video touting the new Android Market for phones, which we have for your viewing consideration below and delivers just over one and a half minutes of checking out the new Android Market including movie rentals and book purchasing, which apparently brings the world’s largest collection of digital books to your phone, so don’t forget to check that out below.

Of course over in the UK it will probably depend on what pricing movie and books are offered at, although $1.99 should equate to roughly Â£1.24, which doesn’t seem bad for renting a movie, and I’m fairly sure, as with most things in the smartphone space the new Android movies and books feature in the Android market will prove a success. So will you be hitting up the Android Market to rent movies and books in the near future? 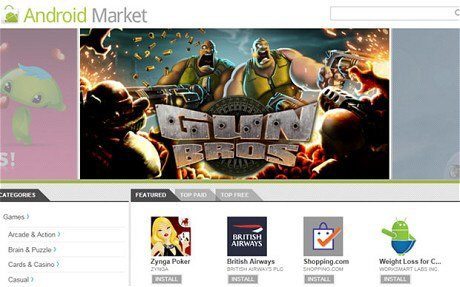