There are always great rumours when it comes to the new Apple iPhone 5, so we thought we would let you know of a few more. A few of these include the release date of August 16, it will support panoramic photo capture capabilities via an 8-megapixel camera, and AT&T is beta testing the iPhone 5.

Going to start with AT&T beta testing the Apple iPhone 5, according to ChipHazard the smartphone is in the 3rd party beta testers. Apparently they got the handset July 6, we have no idea if this is true or not but hopefully sources are correct.

Some of the main features expected to show up on the new iPhone 5 include: dual-core processor, thinner design, larger screen and more storage. The rumoured release date was set to be September, but this is the month that Apple will hold its September Music Event, so to see an August release would be a little more realistic so that the Music Event date could still go ahead. To read more about the new August release please visit James article here.

The next rumour suggests the new iPhone will support panoramic photo capture capabilities, does this really mean that the iPhone 5 will sport a -megapixel camera with panoramic shooting modes? Well according to T3 the iOS 5 beta code reveals this feature.

The code revealed the new feature above, the code was extended showing that iPhone customers will need to pan their device from left to right, “tap the Camera button to begin” and “keep the arrow on the center line” to make use of the update.

What features are most wanted on the new iPhone 5, and when do you think the official release date will be?

The list of features for the iPhone 5, shall we go a little crazy here: Dedicated Facebook and Google+ buttons on the side, 8MP camera on the rear, 3MP camera on the front, solar powered wrap around feature for wireless charging, 3D viewing, the craziest idea would be to have the iPhone 5 open source, Android fans would love this.

All the above is hear say, no official news by Apple or suppliers has been set in stone, so this is the part you all sit back and wait patiently and continue to read the rumour mill. If you have any features, specifications etc that you would like to see on the Apple iPhone 5 please do share them in the commenting area below. Thanks 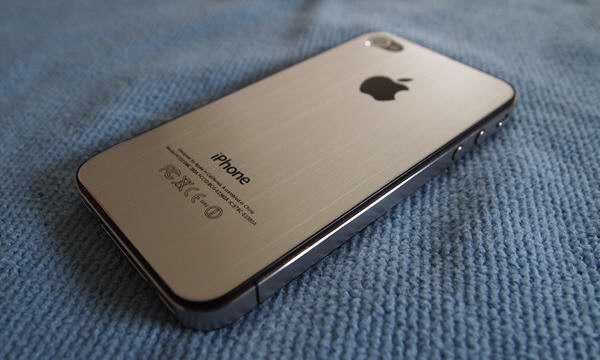