Nothing is official until AT&T or HTC makes an announcement, but the new HTC Puccini tablet has just cleared FCC with AT&T, this tablet PC is also going to feature 4G LTE.

The HTC 10-inch tablet surfaced back in May this year, and it could be one that could go up against the iPad 2 if the rumoured specs are correct. This new upcoming tablet is the successor to the HTC Flyer and may possibly release sometime this summer, but no exact dates have been released as of yet.

Some of the specs on the HTC Puccini tablet includes, support for AT&T’s GSM 850 and 1,800MHz frequencies, 4G LTE network, Engadget mentions that the FCC doesn’t test for European compatibility so it might see a release across the Atlantic.

There are no pictures of the official HTC Puccini so the blueprint below will have to do for now, hopefully we all see a release within the next month or so. 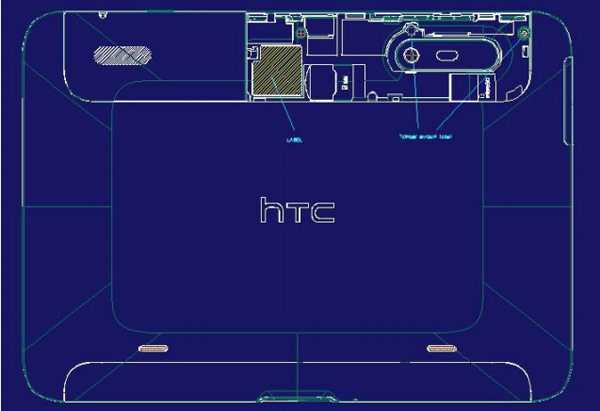 It will possibly be release with Android Honeycomb, hopefully official news will come in soon then we can give you the full details.

Please do join us on Facebook, Twitter or my own personal Google+ Profile for instant updates. As soon as we know more will will notify you.

Is the HTC Puccini a tablet you may consider buying? We have to wonder how well HTC will do this year considering the battle they just had with Apple, the legal battle was immense and the US International Trade Commission sided with Apple regarding the HTC two patent infringements(Read full story here), but HTC will not take this lying down and will appeal. Hopefully this has not damaged HTC and they will continue to release hot Android products.

Can HTC get to the top of the leading tablet list with the new Puccini? Hopefully they can, if it comes with the specs mention above then we can see it doing very well on the sales front. Just waiting AT&T and HTC to announce official information, we will watch our emails very carefully and wait for that much wanted press release.

If you have anything to say about the new HTC Puccini or even the Apple and HTC battle, please do so in the commenting area provided below.