Now I’m pretty sure everyone over in the good ole US of A knows that AT&T wants to link up with T-Mobile USA joining both carriers to become the largest US GSM operator, and there are numerous people against such a merger for whatever reasons, Sprint being one of the major opponents to the deal, while AT&T say that the majority of the public support the merger.

According to the guys over on 9to5 Mac the latest development in the AT&T, T-Mobile acquisition is that the chairman of the Senate’s Antitrust Subcommittee, Senator Herb Kohl has called for regulators to put a block on the merger.

According to the article the Senator says, ”I have concluded that this acquisition, if permitted to proceed, would likely cause substantial harm to competition and consumers, would be contrary to antitrust law and not in the public interest, and therefore should be blocked by your agencies.”

Anyway, enough of that as it can become somewhat boring; so let’s get back to the purpose of this post. The guys over at Free Press have come up with four parody videos of the AT&T, T-Mobile merger, which we have for your viewing consideration below.

The four videos poke fun at the AT&T, T-Mobile merger plan but do hit upon some serious points that might concern people when it comes to said merger, such as price rises and job losses if the merger was to go ahead.

In said videos the theme follows that of the T-Mobile commercials we’ve all seen before, with the girl in the pink dress, and adds in another girl in blue to represent AT&T and even a girl in red pops up to represent Verizon while guys play the parts of a T-Mobile employee and customer.

Anyway the videos are a light-hearted take on a more serious issue, but hey we can’t look at everything seriously all the time can we, so head on down and hit those play buttons to check out the AT&T-Mobile merger parody footage, and feel free to let us know your views on the AT&T, T-Mobile merger by dropping us a comment in the area below…enjoy. 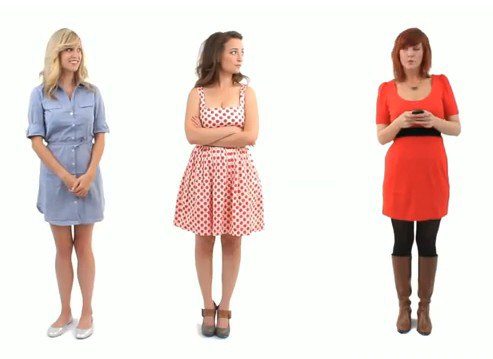