Back in the spring, Sprint got their first HTC Windows Phone 7 handset called the HTC Arrive, and before the HTC Arrive came out to play, the handset had the codename of Ruby, which led to the assumption that the device would be known as the HTC Ruby, but as we all know now that never came to pass, so presumable the Ruby was no more.

However, apparently the HTC Ruby is still alive and very much kicking as evidence in at article over on Pocket Now who has discovered a rather large collection of HTC Flyer on the Flickr page of someone known as Raymi0402 shows a smartphone that has been marked as the HTC Ruby.

If you hit up the Flickr account you will find a load of image of the HTC Flyer tablet taken by the HTC Ruby, and the device itself can be seen in he refection of the tablet. Not too sure why this guy would want to snap so many images of the HTC Flyer but there you go.

In said display reflections there are actually two smartphones both claimed to be the HTC Ruby, and unfortunately all the images only give a glimpse of the rear of the handsets, so all that can really be gleaned form said photos is that this device has a white casing, there’s a camera of some description along with what appears to be a duel LED flash, and we can just see a 3.5mm jack, and that’s about your lot on this HTC smartphone.

Now even if this supposed HTC Ruby is clad in a white jacket, it doesn’t mean it will surface in the mobile space in its white form as according to the guys it could be just a temporary casing while changes in the hardware are made.

Now to the mystifying bit, obviously there’s no way of knowing from these photos just what operating system the HTC Ruby is carrying, it could be a new Windows Phone 7 device but then it is possible that it could be running the Android platform or perhaps something else.

So for now it isn’t clear what we are dealing with here, and whether this new HTC Ruby will ever see the light of day is also unknown, but rest assured as soon as we hear more we will of course pass it along. 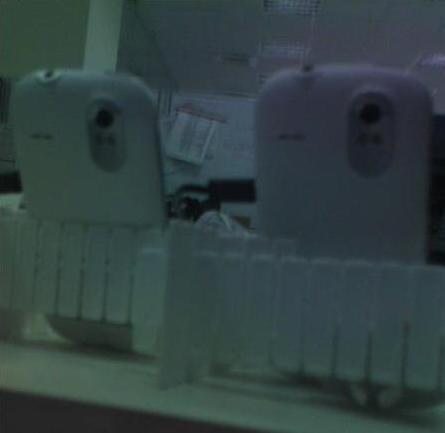