According to an article over on Intomobile, they have a screenshot that shows differing versions of Motorola’s Motoblur user interface, and if you check the code after a version number with a Google search you can find out that MB865 is for the Motorola Atrix 4G.

The guys say that AT&T model numbers ship with “MB” while the Big Red uses more than a single set of codes for their Motorola devices and that “XT” is fairly common, and if you search XT865 the result is the Droid Bionic from Motorola’s website, so basically the trend is “MB” for AT&T and “XT” for Verizon.

However, naturally just going by these code number searches doesn’t in any way shape or form confirm that AT&T is indeed in line for their own version of the Motorola Droid Bionic, but does lead to the speculation that it is possible AT& will get a Droid Bionic of their own at some point in the future, or it could all be just a simple mistake, as there’s no word from Motorola that the Bionic will be going with AT&T.

Yeah pretty thin on the ground I know, but then don’t most rumours begin with a pretty thin start and eventually build into something more substantial, or maybe not whichever the case may be.

Having said that, I personally can’t see any reason why Motorola wouldn’t deliver an AT&T Motorola Droid Bionic rather than keeping the smartphone exclusive to Verizon, so what are our readers opinions on this speculation, does this mean that AT&T could well be seeing the Droid Bionic at a later date, or do you feel it’s all poppycock? 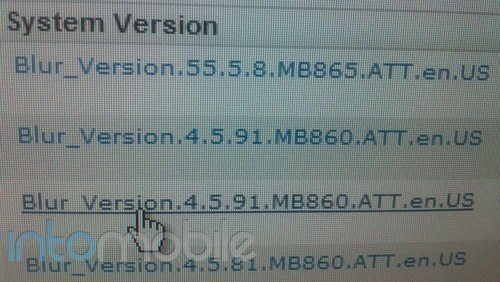 One thought on “Droid Bionic Possibly Heading For AT&T?”