The Samsung Galaxy R demonstration video comes our way courtesy of Sammy Hub, and delivers an almost four minute look at the new addition to the Galaxy range of devices, but you’ll just have to make do with the visual though as there seem to be no sound at all.

Apparently the Android smartphone, although it isn’t too clear what Android OS the device will come out to play with, but word has it, it will be an Android 2.3 Gingerbread device and will be announced for Europe first, presumably including the United Kingdom as expected, and followed at some point by South West Asia, the Middle East and China.

As for pricing when it comes to the Samsung Galaxy R, well as the handset hasn’t even been given the official stamp of approval just yet it’s difficult to say just how much the device will hit your pocket for once it lands.

Anyway that’s your lot, all you need do now is head on down and mash that play button to check out the Samsung galaxy R in action, and remember there’s no need to turn up the sound because the video is silent, but feel free to let us know your thoughts on the Android smartphone and whether you are considering picking it up if and when if comes out to play…enjoy. 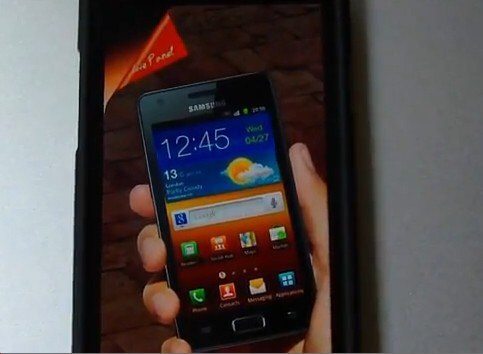