For those who own an Apple iPad outside the United Kingdom, and would like to take advantage of the BBC’s on-demand video service the BBC iPlayer, the word is that the BBC is to launch a global version of the BBC iPlayer for the Apple iPad for customers to subscribe to a range of current and classic BBC programs.

According to an article over on the BBC, the project will be run by BBC Worldwide, who have said that money raised would help supplements licence free income.

The Global BBC iPlayer iOS app will include one feature that isn’t available to UK users and that is the ability to download content to view offline.

Apparently the new BBC iPlyer app will looks and feel similar to the UK version but will function differently, the UK version offers a seven-day catch up service, whilst the new global application will offer a showcase of old and new BBC programs such as Doctor Who, Only Fools and Horses, Fawlty Towers and Sherlock.

The president of worldwide networks and global iPlayer for the BBC, Jana Bennett says, “We have an exciting vision for what this service could become and will develop it based on feedback from within the markets.”

The UK version of the iPlayer for iPad app doesn’t allow downloading for viewing without an Internet connection although the desktop version does, and the new functionality in the global version of the app could bring questions from UK users that do not have access to older programs.

I’ve checked for the global app on iTunes and couldn’t find it, so just when the app will becomes available isn’t clear, but no doubt it will surface in due course.

Personally I can’t see why the BBC is faffing about pushing out differing versions of the iPlayer app, surely the best way forward would be for a “one app does all” application, and that way everyone could access everything including old programs. As it is, I do use BBC iPlayer on my computer occasionally for when I need to catch up with shows such as Dr. Who and Torchwood but other than that I don’t use it much. 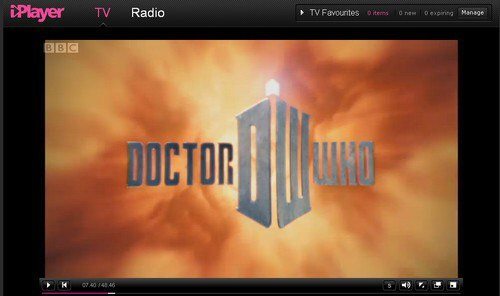