We all know the way ahead in the mobile space is with 4G networks, and given the choice most people would choose a 4G enabled smartphone over at 3G handset, and currently T-Mobile doesn’t offer any 4G HSPA+ Windows Phone 7 devices, but it appears that may soon change with what appears to be the first evidence that T-Mobile will be getting HSPA+ 4G enabled Windows Phone 7 devices.

According to an article over on Tmonews, most T-Mobile retail stores quite often receive promotional gear such as stickers, images graphics and the like way in advance on the actual devices hitting shelves, and apparently the latest advance gear leads one to believe that T-Mobile will offer 4G HSPA+ Windows Phone 7 devices in the not too distant future.

However one can make a guess that whatever the smartphone is called when it eventually hits T-Mobile shelves, the smartphone will probably be of the Mango kind, which according to the guys could mean that the smartphone might be the 16 megapixel camera beast known as the HTC Bresson.

So basically what can be said for now anyway is that at some point in the future T-Mobile should be offering their customers 4G enabled Windows Phone 7 devices that will play nice on the T-Mobile HSPA+ network.

Other than that there isn’t anything else to go on and although promotional stickers aren’t in any way confirmation of the fact, it has to be a good indication that magenta customers will son have the choice between 3G and 4G on Windows Phone handsets.

So, what do our T-Mobile fan readers think of the possibility of an HSPA+ Windows Phone of some description becoming available, will you be interested in snapping up the device or are you quite happy to roll along on 3G with your Windows Phone smartphone? 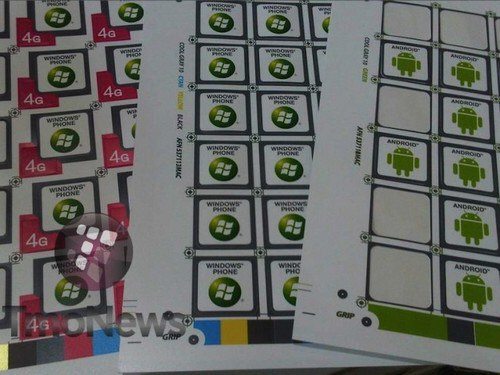