The scourge of the modern world today is of course HIV and MTV’s global youth HIV awareness and prevention campaign charity, MTV Staying Alive along with the iOS app iCondom are urging people across the globe to join in the fight to help prevent the transmission of HIV with the iCondom app delivering details on where people can find their local condom retailer or dispenser.

The iCondom app for iOS devices provides extensive listings for New York City, Washington, DC, and Philadelphia in the United States, while also in Paris and Marseille in France.

With the iCondom app for the iPhone, iPod Touch and Apple iPad, users can instantly locate their closest condom outlet anytime and anywhere and the app encourages users to provide details of their local condom retailer or distributor with the gathered info being used to create a global condom distribution map.

Is is estimated that around 5 million 15 to 24 year olds are currently living with HIV and roughly 2,500 young people get infected with HIV every day, so it seems to me that a global map of condom dispensers would seem like a great idea.

According to the iCondom app page on iTunes, “iCondom is the only app for iPhone that locates the condom dispensers nearest to you and shows you their locations on a map. You can rate and comment on dispensers so that others will have up-to-date information on the quality of the dispenser. Have we missed your favourite dispenser? iCondom makes it easy for you to update the app with new dispenser locations. Never be left at a loose end again with iCondom!”

The iCondom app can be downloaded to the Apple iPad, iPod Touch and iPhone running iOS 3.1 and above as a free download from iTunes.

The MTV Staying Alive Campaign kicked off way back in 1998 and is now the largest HIV and AIDS mass media campaign of its kind in the world and started off with a single AIDS World Day documentary.

The MTV Staying Alive programme reached 441, 218, 051 households on MTV channels last year, and reached 627, 138, 500 households via 3rd-party broadcasters, and “aims to develop the way we help young people by giving them the financial support and training needed to go in to their communities and battle the epidemic on the front lines.”

So you can find out what Staying Alive does we have a short video for your consideration below The MTV Staying Alive campaign always needs people who are willing to help out, and there are several ways you can get involved with the campaign and to do so all you need to do is hit up (Here). 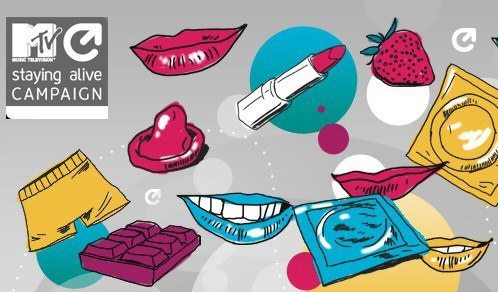