Today’s Quickie: A new press shot of the new BlackBerry Torch 9850 has shown up online, this smartphone was also known as the Monaco and the Monza.

It has been speculated that Sprint will release the new BlackBerry Torch 9850 August 21, if this is true then Sprint customers need only wait another 19 days.

The press shot image comes via PocketNow so we would like to say a big thanks to them, “THANKS”.

The rendered press shot shows you what the handset will look like and must admit it looks great, this mobile phone has yet to have its official announcement but with a rumoured release date of August 21 this announcement will happen within the next week.

The CDMA based BlackBerry Torch 9850 smartphone and will come with features such as, a 1.2GHz processor, 3.7-inch touch screen display, BlackBerry 7 operating system, NFC (Near Field Communication), and so much more, we will bring you all the official news, specifications and feature very soon.

Is the BlackBerry Torch 9850 by RIM a smartphone you would consider, or is there another device you are waiting for first? Between now and Christmas so many new handsets will be released, we cannot see customers using Android or iOS to move on over to the new BlackBerry phone, but we would love to know how many of you is interested in this new Torch. 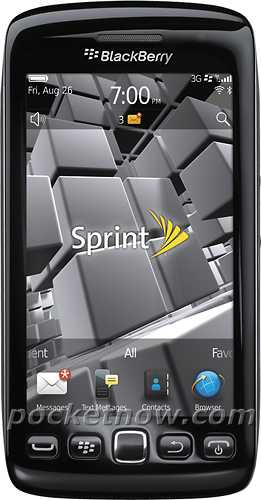