iPhone 5 Design Speculation On A Fake

With the next generation iPhone making its appearance at some point in the future, whether that be September or October as recently speculated remains to be seen. But until the iOS device does show up there’s a great deal of curiosity over just what the iPhone 5 will look like design wise, so much so that a Chinese iPhone 5 clone is being speculated to be close to what the real iPhone 5 could look like.

Jesus Diaz of Gizmodo says to take a close look at this iPhone 5 clone because something tells him the clone could be “very close to the real thing.”

He states in his article that over in China many devices are cloned before they hit the streets, being based on either sneaked out products that are already in production or digital blueprints and this is the reason we see clones replacement parts for the Apple iPad and iPhone along with cases before there are released, and as the iPhone 5 is already in production in China it wouldn’t surprise him if this clone is based on a prototype someone smuggled out.

Diaz also says the iPhone 5 clone reminds him of the first iPhone and “Overall, it feels like a polished merge between the first generation iPhone and the iPhone 4, with the iPhone 3G’s smoothed curves factored in as well,” while as the design of the clone is simplistic its very Apple.

The iPhone 5 clone is just 7mm thick and apparently matches the plastic cases that have recently hit the net, and it appears that Diaz is so convinced that the real iPhone 5 will look like this fake that he has tweeted…

“If this is not the design of the real iPhone 5, I would wax my entire body and only eat vegetarian for a month:http://t.co/JAdQPV3”

Have to say, I would have to be pretty certain about something before offering to have my entire body waxed, so maybe Diaz is on to something, but then again if he’s wrong, well he’s in for a painful time, as comments on the article say they don’t believe Apple would take a step back with the design of the iPhone 5. So perhaps what this iPhone 5 clone is, is maybe a clone of the cheaper iPhone that is also expected to release at some point?

Anyway check out the pictures and feel free to let us know whether you agree with Diaz and that the real iPhone 5 will look like this fake, or whether you think its total bunkum. Anyone up for waxing Jesus Diaz? 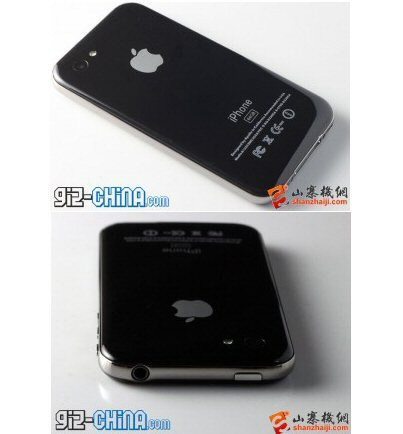