For those that are still holding on to their loyalty to Nokia and the Symbian platform, and are in the market for a low-end budget Nokia device the Nokia 500 handset might be the one to suit your pocket whilst getting a taste of Nokia’s Symbian Anna operating system, as apparently the Nokia 500 is coming soon.

According to an article over on 3g, the Nokia 500 should command a price tag of around Â£130, and like the old saying goes, you get what you pay for, so don’t expect high-end specification and features with the Nokia 500.

The Nokia 500 is a budget handset that sports a 3.2-inch HD capacitive touch screen, and 1GHz processor although of what variety is unknown thus far, virtual QWERTY keyboard, split screen messaging, 5 megapixel camera, Bluetooth 2.1, A-GPS, WiFi, 2GB internal storage microSD expansion up to 32GB and a 3.5mm jack, and of course the Symbian Anna OS.

Other than that there isn’t a great deal more known about the Nokia 500 at this point, but with the vast array of budget Android smartphones available out there like the likes of the LG Optimus Pro, perhaps the Nokia 500 may have a difficult time in grabbing any real interest from customers.

The Nokia 500 isn’t a bad looking smartphone but I figure it all depends on what you are looking for in a handset, so maybe the Nokia 500 will attract those who are in the market for a budget handset, I guess we’ll just have to wait and see.

However if you are pondering on whether to buy a budget handset, we have a couple of videos featuring the new Nokia 500 for your viewing pleasure below, the first is a promo video from Nokia while the second comes via Nokia Conversations and introduced the new Nokia 500 to the mobile space.

So feel free to head on down and hit those play buttons to check out the Nokia 500, and feel free to let us know if by chance the Nokia 500 has captured your interest and you are thinking about purchasing the Symbian smartphone…enjoy. 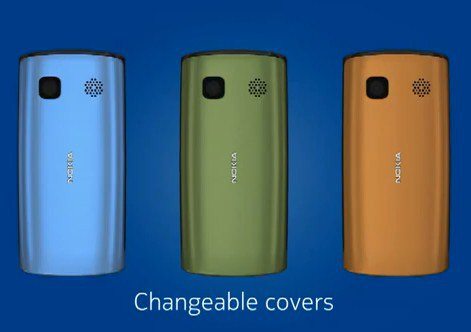