For those that may be contemplating picking up the latest smartphone coming out of the Research In Motion stable, the BlackBerry Torch 9810, we have a quick hands-on video for your viewing pleasure below that might help sway you one way or the other on the successor to the BlackBerry Torch.

The BlackBerry Torch 9810, also known as the BlackBerry Torch 2, not too sure why they decided it would be called the 9810 rather than the Torch 2 but there you go, comes our way courtesy of the guys over at Slash Gear and delivers a two-minutes look at the smartphone.

Unfortunately there’s no commentary going on with the footage so is just a visual hands-on, but then you don’t really need a commentary as I’m sure by now you already know what the BlackBerry Torch 9810 offer.

The guys do say in their article though that it looks like Rim has taken a break when it comes to the design of the BlackBerry Torch 9810 as there is very little outwardly difference between the handset and the original BlackBerry Torch, which may or may not be to its advantage as the original Torch did fairly well for the company.

They further state that the BlackBerry Torch 9810 is an incremental update, that although probably wont blow most away does fix some of the issues with the original version of the handset.

So with that said and done, I’ll leave you to head on down and mash that play button to check out the BlackBerry OS 7 toting Torch 9810…enjoy. 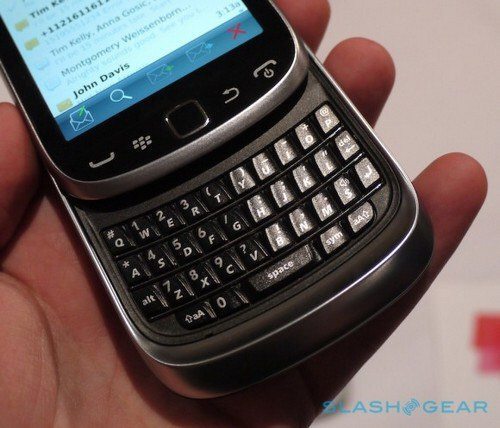