So that’s what we have for you below a video review of the Motorola Titanium handset courtesy of the guys over at Phone Arena who have also done a lengthy written review of the device over on the website, but if you don’t have time for that written review you can check out the footage below.

The Motorola Titanium is the follow-up device to the Motorola i1 and is a rugged smartphone that operates on Sprint Nextel’s iDEN network and is compatible with Sprint Nextel’s push-to-talk and DirectConnect services. It runs Android 2.1 Eclair has a 3.1-inch display with full QWERTY keyboard, includes a 5 megapixel camera with flash and video capture, and rates mil-spec 810G for toughness, Stereo Bluetooth, Wi-Fi and GPS.

Although the most ardent of the Android faithful would probably give the Motorola Titanium a miss due to the handset still only sporting Android 2., which is two versions behind the latest Android 2.3 Gingerbread operating system, which could put some off.

Of the design of the Motorola Titanium, the guys say it follows closely the Motorola XPRT, but doesn’t actually replicate the XPRT design as there are a few differences such as three physical buttons rather than four capacitive ones on the Motorola XPRT, and also features physical send and end keys.

So with that said, and if you are still of a mind to pick up the Motorola Titanium, head on down and mash that play button to check out the review footage, and feel free to let us know if you already own the Titanium or if you are considering picking it up by posting to our comments area below…enjoy. 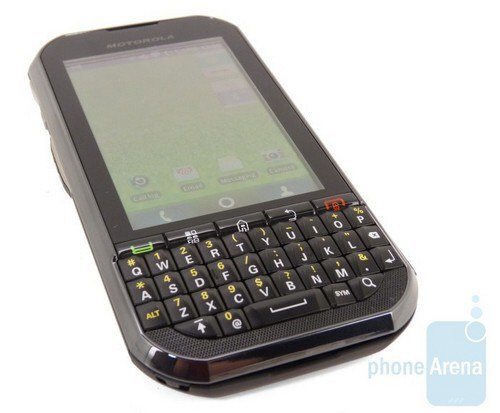