For the Android faithful with Sprint they now have another option for playing nice on Sprint’s 4G network in the form of the Motorola Photon 4G, the latest Android smartphone available from Sprint. But if you are sting on the fence pondering whether to pick up the Photon 4G, perhaps an in-depth two-part video review f the handset will make your decision a bit easier.

So that’s what we have for your viewing pleasure below, an in-depth two-part video review of the Motorola Photon 4G, which comes our way courtesy of our usual source in these things, Aaron Baker over at Phone Dog and combined delivers just over twenty-five minutes of checking out the latest Android 2.3 Gingerbread smartphone to hit the Sprint network.

The Motorola Photon 4G is positioned to go up against the likes of the HTC EVO 3D also on Sprint but can the Photon 4G come up to the mark, well that’ what the video footage will attempt to find out.

The Motorola Photon 4G also sports the Motorola Applications Platform, which of course is the new name for MotoBlur, as Motorola changed the name due to user feedback and made its debut on the Motorola Droid X2 and Aaron says it looks good and is a lot better than Blur.

The Android smartphone is not only a 4G capable handset but is also a global roaming device and thus features a SIM card slot under the back cover so you can take advantage of using you own number when overseas.

The Motorola Photon 4G is already available to purchase from Sprint commanding a price tag of $199.99 and based on you singing your life away to Sprint for the usual two-year term, but is the Motorola Photon 4G the smartphone you should choose or go for something else?

Well as you know, that’s not for me to say, but rather let you head on down and hit those play buttons to check out the Motorola Photon 4G two-part review so you can make an informed decision whether to pick up the handset or not…enjoy. 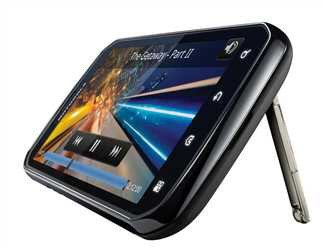