For those over in the US of A with Verizon who have been desperately hanging on for what seems like forever for the Motorola Droid Bionic to surface, it seems that the Android smartphone has become a little closer to reality as the Droid Bionic makes its way through the FCC and gets fully exposed for all to see.

The much sought after Droid Bionic was pictured a couple of days ago, and it would appear that not much has changed since those spotted images, but the guys over at Engadget have been snooping the Federal Communications Commission and have come up with even more pictures and even the user manuals.

It does seem however that although the display size speculation for the Motorola Droid Bionic was set as 4.5-inches, it has now been confirmed that the smartphone will actually sport a 4.3-inch qHD touch screen.

According to the guys we also learn from page 13 of the Motorola Droid Bionic user manual that the device sports GSM/CDMA/UMTS/LTE making the Android handset a world phone usable in over 200 countries, although apparently that UMTS is limited to 2100 MHz only unlike the handset’s WiMAX cousin the Motorola Photon.

Another little piece of interesting information is that the Droid Bionic will have an inductive charging back although there’s no mention as to whether the Bionic will actually ship with its own charging mat, but no doubt it will be compatible with the Big Red’s existing inductive chargers.

Of course the FCC documents don’t give any real hint at just when the Motorola Droid Bionic will actually come out to play, but previous information deems September the 8th to be the big day, although of course that still hasn’t been confirmed. 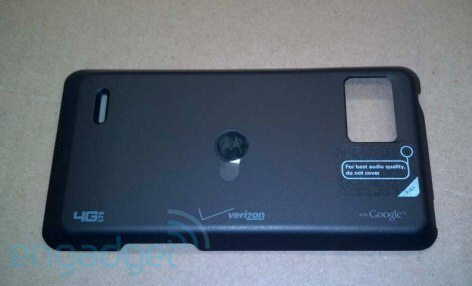