Well now here we have a little hands-on video footage of an Android addition to LG’s Optimus range known as the Optimus Sol or to give it its formal handle, the LG E730 Optimus Sol, apparently a mid-range handset that is probably destined for the Vodafone network, at least in Germany anyway.

The LG E730 Optimus Sol hands-on video comes our way courtesy of the guys over at the Boy Genius Report and by way of German website Bestboyz, and delivers two and a half minutes of checking out the Android 2.3 Gingerbread handset.

Of course unless you can understand German the video commentary is pretty useless, but as I’ve said before, you don’t necessarily have to understand what’s being said but rather soak in the visual.

Anyway what is known about the LG Optimus Sol is that its original codename was Victor, and sports a 3.8-inch AMOLED touch screen, 5 megapixel rear camera, 1GHz processor and comes with LG’s custom Optimus UI aboard, and that’s about all that’s known for now.

Have to say, the LG Optimus Sol basically doesn’t look any different to numerous Android based devices out there, but word is the Optimus Sol will become available in two colours, black and silver.

No real word on when the Android handset will come out to play or even where, but rumour has it this device is destined for Vodafone, and apparently will command a price tag of somewhere in the region of 299 Euros.

And that’s just about all we have for you on the LG Optimus Sol, so all you need do now is head on down and mash that play button to check out the hands-on footage, and feel free to let us know what you think of this latest Optimus handset by dropping us a comment…enjoy. 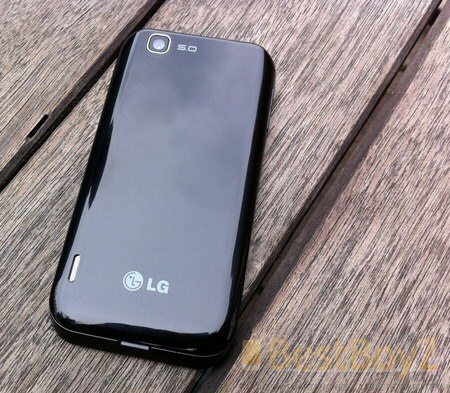