Windows Phone 7 Faithful Annoyed At US Only Free Games Release

It appears that Microsoft while acting the good guys in releasing two new XBox Live games for Windows Phone 7 users as free games, the move seems to have caused a bit of annoyance with some of the Windows Phone faithful as although Microsoft announced the free games they failed to mention the free games are for US WP7 gamers only.

According to the guys over at The Next Web, a post on the Windows Phone Blog announced the availability of Suduko and Minesweeper for Windows Phone, but failed to state these games where for the US market only, which mean overseas users went looking to download the games to find they couldn’t.

Thus the original post was updated to state they were for the US only, with Michael Stroh responding with…” Sorry guys. These games are indeed U.S. only titles. [T]hanks for flagging. I updated the post to reflect. And, yes, they have ads. That’s why they’re free.

I’m not the guy who decides these things. But the answer seems to be yes: U.S. only and no plans to introduce elsewhere. If the Xbox team ever has a change of heart or plans, I’ll be sure to let you know.”

Unfortunately Microsoft’s freebies have also caused a bit of annoyance due to the fact they are US only games, with users responding with…

User chisen posting…“US only… really Microsoft? This and the artist artwork in both the Zune software and on the phone with Mango… bloody ridiculous, really.”

User Thom posting…” I hope the fact these aren’t available worldwide is temporary. I see no reason why it shouldn’t be worldwide? This is going to lead to a lot of users being disappointed.”

User singularity posting…” Don’t get me wrong, I love WP7, and Mango is really great. But by doing stuff like this you are really hurting your loyal customers.”

And user Damnyoureyes posting…” Come on I’m getting tired of having defend MS re the pricing and I’m losing the battle to convince people to get a WP7 if you’re new to the market, why are the apps and games so expensive to the others. And now lots of hype about some free games with some achievements and I can’t get them. ho hum.”

Thus it would appear that whilst attempting to play the good guy with releasing free titles for Windows Phone 7 users, Microsoft has actually angered some users rather than pleasing them, so perhaps next time they will make any free WP7 games available to all their faithful and not just the US. Are you annoyed that these games are US only? 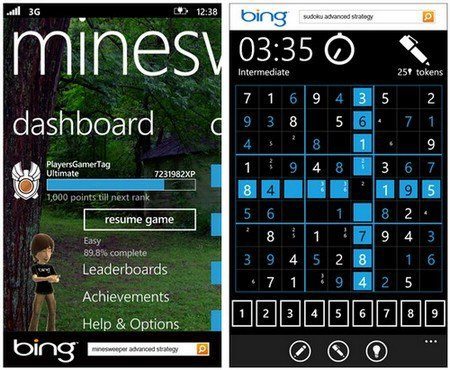