Is the TabCo actually called the Fusion Garage, and is the Grid 10 the JooJoo 2? The Grid 10 tablet from Fusion Garage recently went through the FCC and is apparently running the Android operating system.

If you visit My Nokia Blog they have been doing a little digging and they say that the JooJoo back design is very much similar to that of the ones seen in the TabCo videos, they say “The name of the tablet itself “Grid 10â€³ has been reported to also be the original name for the video of TabCo’s UI sneek peak. Again, we see that bar on the back present in both the FCC image and the TabCo video screenshot.”

TabCo is short for “Tablet Company,” it is not know what Android operating system will be on the new tablet but we are holing it is Ice Cream Sandwich, but the product will bring great interactivity and predictive UI, it will also feature 3G, SD slot, WiFi, and much more. For more information and a few videos please visit Engadget.

An official announcement will be made August 15, so only 4 days to go. You can register on the official whoistabco, where you can join them on Monday, August 15 at 9 a.m. (PT) as the man behind TabCo shows you his innovative tablet.

The above is confusing, basically to cut a long story short, is TabCo the Fusion Garage and is the Grid 10 the JooJoo 2?

Please stay with us, because we will reveal more as soon as we get email confirmation, please join us on Facebook, Twitter or Google+, here you will receive instant notifications. 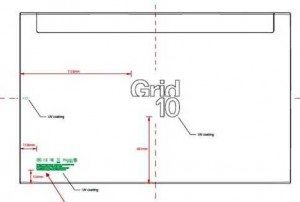