For those Android gamers that enjoy a little sci-fi MMORPG gaming, Spacetime Studios recently released a new app to the Android Market called Star Legends: The Blackstar Chronicles, a game that resembles their former fantasy based MMORPG Pocket Legends.

According to an article over on Tomsguide, the ChiefVision Officer of Spacetime Studios, Cinco Barnes, says, “It is so easy to publish apps on their Market that it became a no-brainer for us to flip the standard mobile game strategy on its head and launch on Android before any other OS.”

Star Legends: The Blackstar Chronicles for Android offers three characters to choose from Operative with double laser guns, Commando with heavy armour and weaponry, or Engineer with advanced technology to repair or destroy.

The Star Legends: The Blackstar Chronicles app for Android offers free play for gamers to progress through most of the game’s content and achieve the maximum power level, however purchasing in game “Platinum” means the gamer gains the ability to own unique equipment and items.

Of course if you do download and play Star Legends: The Blackstar Chronicles, we’d love to know your opinions of the game, so feel free to let us know your thoughts by posting to our comments area below…enjoy the video. 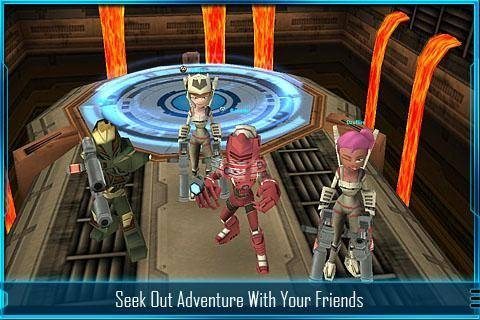