Yes folks as that big day when the next generation iPhone is expected to hit the mobile space, more and more rumours hit the net waves and this time round that have another image of what is purportedly the iPhone 5 or possibly the iPhone 4S back cover albeit being a prototype.

According to the guys over at MacRumors the guys of MacPost somehow managed to get hold of the image that is a prototype part with the label EVT meaning “Engineering Verification Test” and is apparently dated the 7th of June this year.

The part caries the internal model number of N94, which has previously been associated with the up coming next generation iOS smartphone, however this particular image looks pretty much like the current iPhone 4 without any of the modifications that have been rumoured.

Here’s what the MacRumors guys believe they know about the N94 model, it is similar to the current iPhone 4, has an A5 processor, a redesigned antenna and is destined for T-Mobile, all based on rumours of course.

They say it is possible that the “N94” is actually the upcoming iPhone 5 as the guys at MacPost have posted numerous parts that we have all seen before that are associated with the iPhone 5 along with this new image.

However, there is also a possibility that this new back cover image could possibly be the rumoured iPhone 4S, although if that is the case it would mean Apple would be delivering a less expensive iPhone carrying the newer A5 processor, which isn’t completely out of the realms of possibility.

So take a good long hard look at the image below and feel free to let us know your opinions on the matter, do you think this is possibly the iPhone 5 or perhaps the iPhone 4S, drop us your opinions to our comments area below. 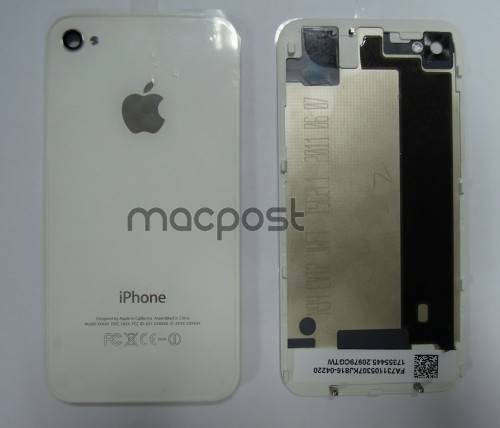