Yes folks more speculation on the much talked about next generation iPhone, the iPhone 5, and now it appears that an iPhone icon found in the Photo Stream beta software has been extrapolated to show it full size and could possibly give an indication top the design of the next iOS smartphone.

Earlier the guys over at 9to5 Mac posted an article on the iPhone icon found in Photo Stream, and have extrapolated said icon and come up with a couple of mock ups of what the iPhone 5 could possibly look like taking the dimensions offered by the icon into account and the current iPhone 4.

The guys say that one possibility is that it is an iPhone 5 with a larger screen; however they have received word that it may just be the smaller less expensive iPhone, which is expected to release at the same time as the iPhone 5.

“One was called the “upgraded one, the iPhone 5â€³ and the other, “a new smaller one”. 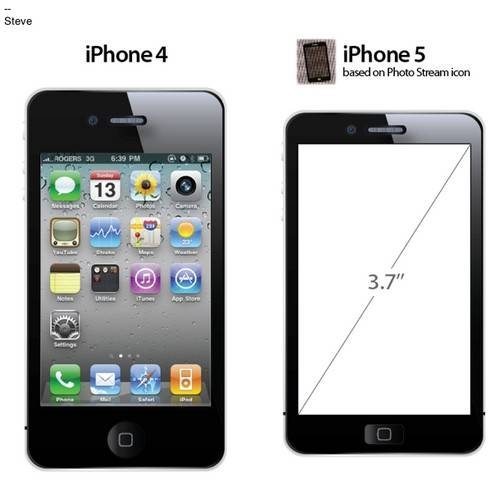 So onto those mockups that apparently follow the dimensions, as you can see below, one would have a 3.7-inch display with an elongated button that makes room for the bigger display but overall size would be smaller.

While the other mockup shows an iPhone of the same overall size but with a larger display that would be “nearly 4+inch, nearly the size of the Galaxy S Line.”

So there you have it the latest piece of speculation concerning the iPhone 5, or it is the iPhone 4S or whatever Apple ends up calling it, that is of course as long as they don’t keep on losing their prototypes. However as always with anything Apple everything is simply speculation and thus should be treated so and taken with a very large dose of salt. 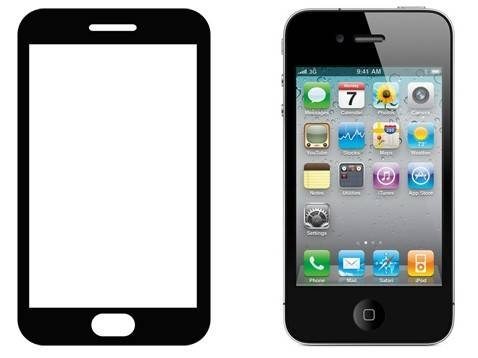