Sony Tablet S Up For Pre-order In UK

According to the guys over at Unwired View, potential owners in the UK of the Sony Tablet S can pre-order the slate from Dixons as of right now, as apparently Dixons has an “exclusive two-week pre-order windows” for the device.

As for just when you will be able to get your hands on the Sony Tablet S model of your choice and have handed over the required dosh, the 16GB WiFi model will release on the 16th of this month while the 32GB WiFi model will follow on the 23rd.

Currently there is no confirmed release date for the third offering, the 16GB with WiFi and 3G version, but as soon as we hear we’ll pass it along.

So a quick spec rundown on the Sony Tablet S before you dash off to pre-order, a 9.4-inch TruBlack touch screen, again with an NVIDIA Tegre 2 dual core processor, front and rear facing HD cameras, and microSD slot, and Android 3.1 Honeycomb operating system. 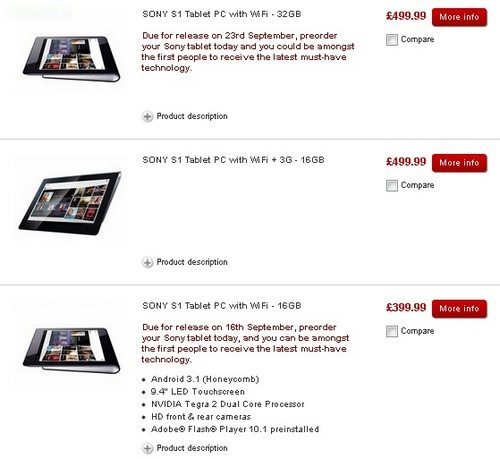